As 2013 comes to a close, it is a good opportunity to reflect on the successes of the year for the team here at SyntheSys.

Tony Castle and his Training team have been very busy providing training on Link 16, VMF, JRE(AP), network management and TNDS training both in the UK and across Europe. We also extended our training capabilities into non-military domain with Systems Engineering in support of the UN International Atomic Energy Agency in Vienna.

Mark Hudspeth and his MLTF team have been very successful on TDL Testing with the Multi Link Test Facility for UK and International Interoperability Trials, support to the F-35 Lightning II, and the Joint Maritime Theatre Missile Defence Experimentation.  We look forward to the increased use of MLTF in 2014 to support interoperability testing between UK and other nations.

Our IBM team was bolstered in the summer when Hitesh Bechar joined us from IBM. Hitesh has made an immediate impact in the provision of technical support and delivery of IBM Rational technical services to our clients. SyntheSys have been supporting new and existing IBM Rational clients as the technology of software and systems development increases ever more rapidly.

We wish all our customers, clients, colleagues and partners very Merry Christmas and a Happy New Year. 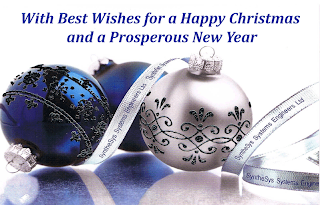 Members of the Norwegian F-35 programme have recently been provided with Variable Message Format (VMF) training by SyntheSys. The training took place at Branston Hall Hotel, near Lincoln, England, and consisted of a 2 and a half day introductory course covering the bearer, application header, and messaging protocols. If you should be interested in VMF or any of our other training events, please contact us via training@synthesys.co.uk

For all the latest information and activity from SyntheSys, please follow by email (Top right of Blog)
Posted by Unknown at 15:23 No comments:

SyntheSys has recently completed delivery of a 2 and a half day Introduction to JTIDS/MIDS Link 16 Training Course to members of the E-3D Software Support Team (SST) at RAF Waddington, Lincoln, England. The course was provided to allow the members of the SST a better understanding of the fundamental operating protocols for JTIDS/MIDS Link 16. This knowledge will then assist them in the furtherance of their future duties. SyntheSys would like to thank the E-3D SST for the invitation to provide this training, and for their hospitality. If you would like to know more about how SyntheSys can support you, please email us at training@synthesys.co.uk
Posted by Unknown at 21:04 No comments:

SyntheSys are pleased to announce the delivery of a Link 16 Network Design Course at Eurofighter System Support Centre in Manching, Germany. Personnel from both Cassidian and the German Air Force were provided with an in depth understanding of Link 16 Network Design and the importance of correctly assessing a platforms requirements.  Specifically focused on the Typhoon Eurofighter, personnel were instructed on the calculus involved to create the most efficient Network Designs based upon both extensive research and analysis of the platform and assessment of Link 16 documentation. SyntheSys would like to thank Cassidian and the German Air Force for their kind hospitality. If you would like to know more about how SyntheSys can support you, please email us at training@synthesys.co.uk
Posted by Unknown at 20:34 No comments: 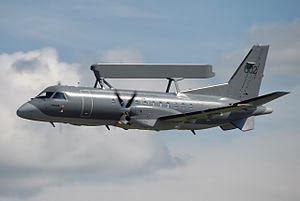 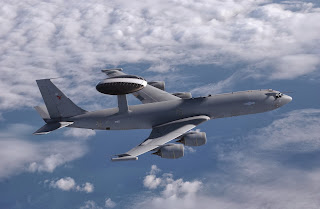 The test is planned to take place in February 2014 and SyntheSys are not only developing the test plan and test procedures, but also providing the test direction on site at the Swedish ASC890 facility in Malmslätt. 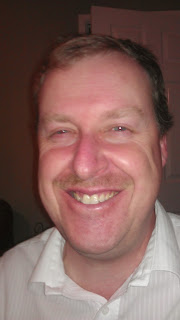 John would welcome contributions/sponsors for his continuing support of Movember.  Comments are also welcome (if printable) and may be quoted in a future SyntheSys newsletter.
Posted by Unknown at 15:42 No comments:

We are pleased to announce the successful delivery of Systems Engineering Training to the UN International Atomic Energy Agency. Attendees were presented a range of systems engineering principles to assist in the delivery of internal projects. 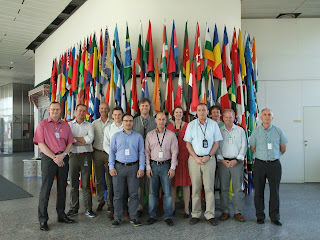 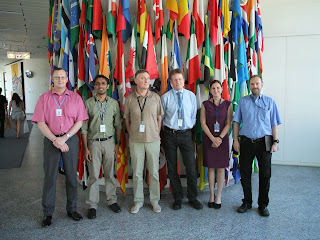 For further information on how we can support you with any training needs please contact training@synthesys.co.uk

Firstly, attendees were provided an overview into the structure and subsequent use of JREAP messages. Secondly, delegates were able to observe how different JREAP networks are created and actively managed through continuous practical demonstrations.

SyntheSys and Engility would like to thank all of the delegates who participated for making the training event a success.

Please contact us for further information on how SyntheSys can support JRE and JRE(AP).
Posted by Unknown at 11:32 No comments:

Personnel from both the Italian DLMC and Polish Air Force Institute of Technology (AFIT) were instructed on Link 1, Link 11A&B, Link 16, 22, Variable Message Format and JREAP. Utilising the Data Link Training Suite, TACTx and JRE software the students were able to effectively plan, design and manage Multi TDL architectures in a synthetic environment truly enhancing an operators understanding of the subjects taught, and further demonstrating SyntheSys commitment to ‘hands on training’. Mr Szymon Tarnoruda, Polish AFIT said, “The course was very well presented and provided a great deal of essential information and practical skills on a wide range of TDLs. One of the most important features was the excellent use of real systems and simulation”.
SyntheSys would like to thank the Italian DLMC for hosting the course and their kind hospitality. For further information on any of our training courses or support services please contact us at training@synthesys.co.uk
Posted by Unknown at 09:26 No comments:

On behalf of SyntheSys Systems Engineers Ltd,  Phil Angus and Paul Czajkowski will be attending this year’s IDLS in Norfolk, VA. Our latest  training course brochure may also be downloaded from our website  http://lnkd.in/bu9UkbT
Posted by Unknown at 20:57 No comments:

We look forward to meeting you at IDLS 2013 where we will be demonstrating our fully integrated Interoperability Assurance Services and associated toolset SPIRIT™ , along with our recently inaugurated VECTOR service for TDL testing in synthetic and live environments. Please come along to the IDLS Training Day where we will be joined by Engility to brief on the Joint Range Extension Application Protocol.

If you are not planning to attend IDLS but would like further information please contact: information@synthesys.co.uk.
Posted by Unknown at 12:09 No comments: 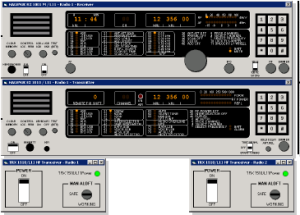 The Swedish Armed Forces Technical School, based in Halmstad has recently completed the purchase of the MIDS Link 16 Data Link Training Suite (DLTS). The DLTS will be used to train their personnel on the technical and operating procedures utilised for MIDS/Link 16.

If you would like more information about DLTS, please go to http://synthesystraining.co.uk/data_link_training_suite.html . Details of our other training capabilities may also be found at http://www.synthesystraining.co.uk/index.html . Of course you can always contact us on training@synthesys.co.uk
Posted by Unknown at 09:09 No comments:

SyntheSys is pleased to announce its VECTOR (Validation, Evaluation and Compliance Testing Of Requirements) service.

Based on previous experience gained from our support to the UK Multi-Link Test Facility (MLTF), VECTOR has been developed and fielded to support and sustain cost-effective national/international tactical communications and network-enabled capability testing in both synthetic and live environments. Whilst VECTOR will focus on requirements test and evaluation, it will also facilitate the preparation of test scripts and the comprehensive analysis of results from test scenarios. It is not just confined to the military domain; we fully intend to utilise VECTOR in support of civil and commercial customers with a need for requirements testing, validation and verification. VECTOR will be integrated with our SPIRIT capability to manage nations’ requirements for interoperability testing and assurance. We will be demonstrating VECTOR’s attributes and services at this year’s International Data Link Symposiumin October at Norfolk, Virginia.
Posted by Unknown at 15:21 No comments:

Phil Angus and ‘Ski’ Czajkowski will be at DSEI on the 11th September. If you would like to meet up with Phil or Ski during the day to find out what SyntheSys is currently engaged in, and to discuss our range of products and services, please give Phil a call on 07507 866252 to arrange a time and venue. We look forward to seeing you there.
Posted by Unknown at 17:08 No comments:

SyntheSys are very pleased to have again been invited by the Dutch National Data Link Management Cell at Nieuw Milligen to provide further training for their personnel. The training, which will cover Link 22, VMF and JREAP, will take place over 5 days at the end of November 13. This course will be the fifth time that SyntheSys has provided TDL training at the Dutch NDMC. Unsurprisingly, we are delighted to continue our excellent relationship with the TDL community in the Netherlands. If you would like to know more about our training courses please contact training@synthesys.co.uk or phone +44(0)1947 821464
8 days ago
Posted by Unknown at 10:02 No comments:


The Lockheed Martin F-35 Lightning II is currently participating in a series of realistic simulated battlespace environments that test its mission system tactical data interoperability with other UK military platforms in the air/maritime environments.

Further UK Lightning II Interoperability events are planned. A second phase of testing covering both maritime and air/land integration scenarios will run from 2014 to 2017. This phase will include other key UK military platforms and full integration of the Sea King Airborne Surveillance and Control (SKASaC) helicopter mission systems facility which also utilises the SyntheSys MLTF capability.
Posted by Unknown at 08:09 No comments:

SyntheSys is now able to offer IBM Rational Training through Arrow ECS as an authorised training partner. We will be supporting the delivery of IBM Training courses and can support you with your training needs analysis and procurement of training packages for your Rational users.
http://edu.arrowecs.eu/uk/partner/synthesys/index.html

For further information on any aspect of Rational software from SyntheSys as an IBM Advanced Business Partner contact us on ibm_rational@synthesys.co.uk
Posted by Unknown at 11:53 No comments:

To allow you to plan ahead we are pleased to provide our 2014 scheduled training calendar on the SyntheSys website. This can be viewed at http://synthesystraining.co.uk/schedule_2014.html. We will be happy to offer an early bird discount for any 2014 bookings made prior to 30 Nov 2013. Why not get in touch now and save money?

An Open Day is designed around a specific theme such as improving the collaboration between business, development and operations or the development of complex embedded systems. Each day is an opportunity to spend time with IBM Rational consultants exploring how each solution can satisfy your specific requirements. A series of guided activities will ensure that you explore a number of different areas of the solution, but there will also be time during the day to digress into different areas and explore your specific areas of interest.

What do previous customers think?


“The format allowed me to see the tool in action with a very hands-on approach, which was extremely beneficial for me as this was the first time I had seen the tool in its environment.”

There is no cost to attend the event and complimentary tea/coffee during the morning and afternoon and a buffet lunch are provided. All events take place from 9:30 am to 4:00 pm at the locations listed below. We look forward to welcoming you !

For full details go to http://slidesha.re/1bq8lVL

Details of the CLM session on 25th September is here.

Further information on SyntheSys and IBM Rational is here

Register now to confirm place and avoid disappointment at http://bit.ly/122I6wN